As the current Google flagship smartphone, Samsung's Galaxy Nexus is the first device to run Android 4.0 Ice Cream Sandwich. The version for Verizon's LTE network in the USA is slightly thicker than the European model, but it also uses a larger battery and of course the 15 Mbit / s 4G downloads in the Verizon network, otherwise they are functionally identical .

The super large, super high resolution display on the Galaxy Nexus is to die for, and the new Android 4.0 Ice Cream Sandwich operating system gives users something very new and interesting to work with. It's a good combination.

Unfortunately the phone seems to have a bug from the ground up. Reception, especially with 4G, can be an issue. Not everyone seems to experience this and only shows up in weaker signal areas. That being said, the Galaxy Nexus is in every way the hero smartphone that Google needs to take Android to the next level of its evolution.

The Google Galaxy Nexus built by Samsung shows an interesting design without being groundbreaking. It has a subtly curved front panel that protects the Super AMOLED HD touchscreen display with a resolution of 720p (720 x 1280). The phone has few external controls: a volume control on the left edge and a power button on the right edge. The phone feels solid and its 146.2g weight gives it a good amount of weight. 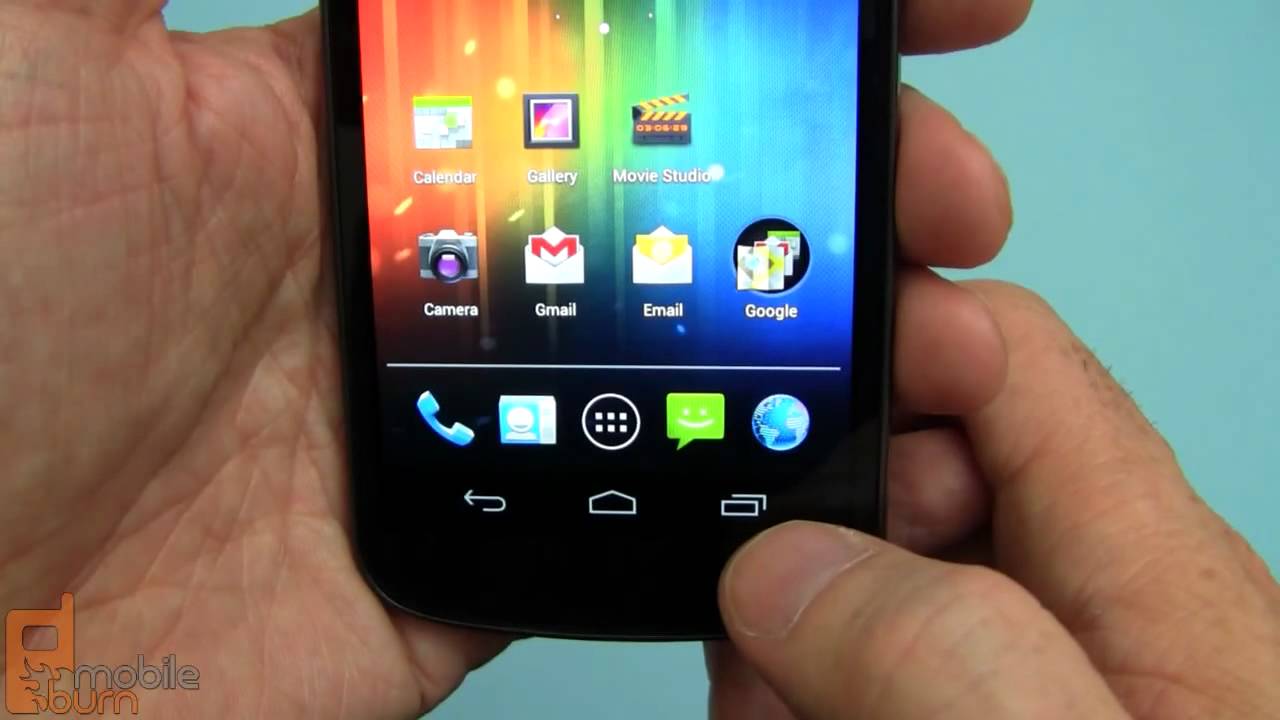 However, the Galaxy Nexus's 136mm x 68mm x 10.0mm (5.4 in x 2.7 in x 0.4 in) dimensions can make it a handful. It's longer and significantly thicker than the Motorola Droid Razr, but feels a little better in the hand because it's narrower, even if the Razr has a smaller screen. There aren't any dedicated touch-sensitive controls on the phone, which is a feature of Android 4.0 Ice Cream Sandwich, but it still takes a long time to get one hand to the top of the display.

The display is absolutely brilliant. It's sharp, bright, and colorful, and with a diagonal of 4.65 inches, it's one of the largest in the smartphone world. It's my favorite smartphone display on the market today, despite using the much-derisively pentile-sub-pixel arrangement. Without magnification, I don't think a normal person will notice the difference, and that's what matters in the end. 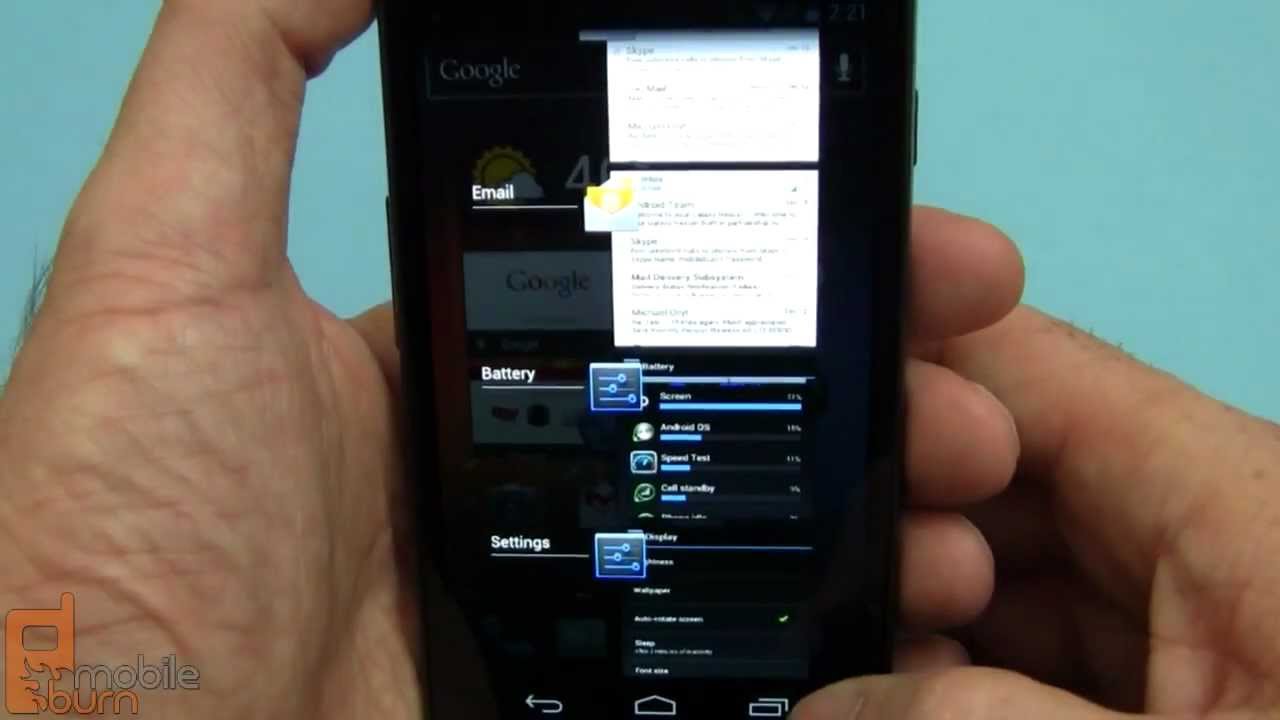 Removing the slightly thin back cover of the Galaxy Nexus reveals the micro SIM card and slot required for LTE service on Verizon, as well as the battery. There is no microSD memory card slot in the phone like there was on the Nexus S, but the Galaxy Nexus comes with 32GB of internal storage. On the back is also the 5 megapixel camera and flash. There is a secondary 1.3 megapixel camera on the front of the phone. There is a large, hidden notification light under the display at the bottom of the phone.

With the introduction of Android 4.0 Ice Cream Sandwich, Google's operating system finally seems to grow out of its somewhat uncomfortable childhood years and is approaching maturity. While Ice Cream Sandwich uses many of the UI themes that were first introduced in Android 3.x Honeycomb (for tablets), they have been refined and now make more sense. Google even introduced a new font for the operating system called Roboto. Although Android is a visually altered operating system, it still offers the same basic functionality that it always has.

The Galaxy Nexus has 5 home screens that you can configure. Users still swipe left and right to switch between them, and they can be configured with shortcuts and widgets as before. All of these features can now be accessed from the Widgets tab of the main menu, which previously only found apps. Since there are no hardware buttons below the display, the main navigation controls are now displayed at the bottom of the touchscreen so they are more visually appealing and can be adjusted from time to time if necessary.

Home and back functions are retained, but search and menu are gone. Search will be replaced by in-app functions and the search bar on every home screen. The menu is replaced with an on-screen control made up of three vertically aligned dots that can be displayed at the top of an app, at the bottom of an app, or to the right of the third and a new main control at the bottom of the screen. 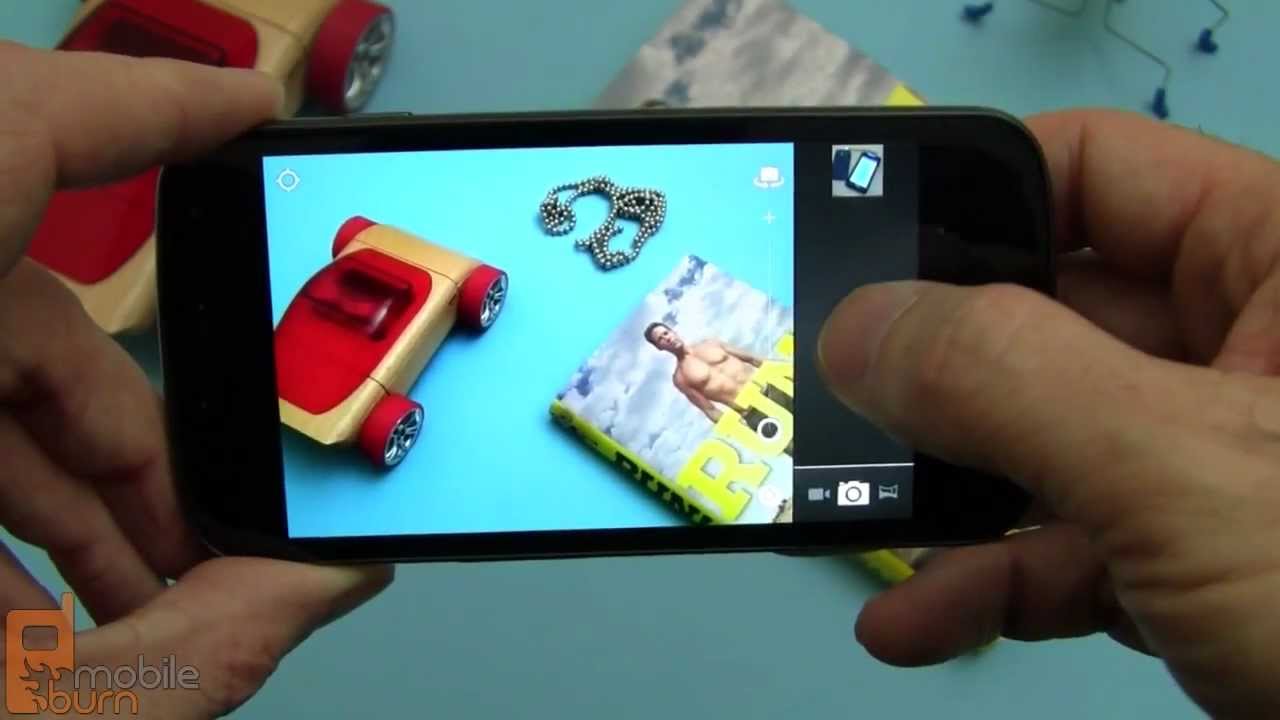 That new control is the task switcher, which is inherited from Android Honeycomb. Tapping this control will bring up a visual history of the applications that are running or recently used on the phone. You scroll up and down through the list, switch to an app with a fingertip or remove it from the list with a swipe to the left or right. I wasn't impressed with it on a tablet, but I love it on a smartphone.

The swipe-to-remove gesture can also be used in the updated notification area at the top of the screen, so now individual or all notifications can be removed as needed – something that was missing in all previous versions of Android. There's also a handy link to the phone's Settings app there. Android doesn't have proper ringer profile support yet, but now you can toggle between normal, vibrating, and really quiet ringer settings using the volume slider. One tap on the screen volume is enough, as are repeatedly pressing or decreasing the volume button on the side of the phone. The Android keyboard has been updated and has a much larger space bar. Voice input on the keyboard is fantastic when enabled. It types words in near real time as you speak them if you have a fast enough data connection.

While the phone doesn't have built-in support for social networks, Google does provide an API that allows third-party apps not only to integrate contacts with the phone, but also to show status updates on a contact record. However, the new Contacts app features an odd color scheme that doesn't match the rest of the Ice Cream Sandwich. It's pretty, but inconsistent with the electric blue on the black slopes of the entire operating system.

Overall, however, I cannot put into words how happy and pleasantly surprised I am with the way Android 4.0 works. There's a learning curve for new users, but not a particularly steep one, and the rewards in the end are well worth it.

As the current Google flagship smartphone, Samsung's Galaxy Nexus is the first device to run Android 4.0 Ice Cream Sandwich. The version for Verizon's LTE network in the USA is slightly thicker than the European model, but it also uses a larger battery and of course the 15 Mbit / […]