The Samsung Focus S is one of the two new Windows Phone 7.5 smartphones for AT&T that will replace last year's Focus, which is based on WP7. The second model is called Focus Flash (tested here) and is a more compact Windows Phone that is also cheaper. Of both, the Focus S can be seen as the spiritual successor to the Focus, as it has a number of high-quality functions compared to the smaller Focus Flash.

While the original Focus had a strong resemblance to the Samsung Galaxy S with Android, the Focus S comes as close as possible to a Windows Phone 7.5 version of the Galaxy S II.

Despite a nicer display and a much better camera, the Focus S shares the same processor and RAM as its lower-cost Stablemate, which means the everyday experience is largely the same. Still, the Focus S is an impressive smartphone with fast performance and the familiar Windows Phone interface – as buggy as it may be. Read on to find out if the Focus S is worth the additional $ 150 contract price over its Flash sibling.

If you remove the Windows Phone branding and hide the capacitive buttons below the display, you wouldn't mistake the Samsung Focus S for a variant of the Galaxy S II range of Android smartphones. The design features are very tight, and the only external hardware differences are the capacitive buttons required and the camera physical button required for Windows Phone 7.5. While the Focus from last year had a few different factors in its physical design, the Focus S does not go any way into the industrial design and fits perfectly with the other smartphones from Samsung.

This means that the Focus S is exceptionally thin and light, only measures 126 mm x 66.8 mm x 8.5 mm and weighs 111 g as light as a feather. Unfortunately, this also means that it feels rather cheap because it is made entirely of plastic – apart from the display, of course. 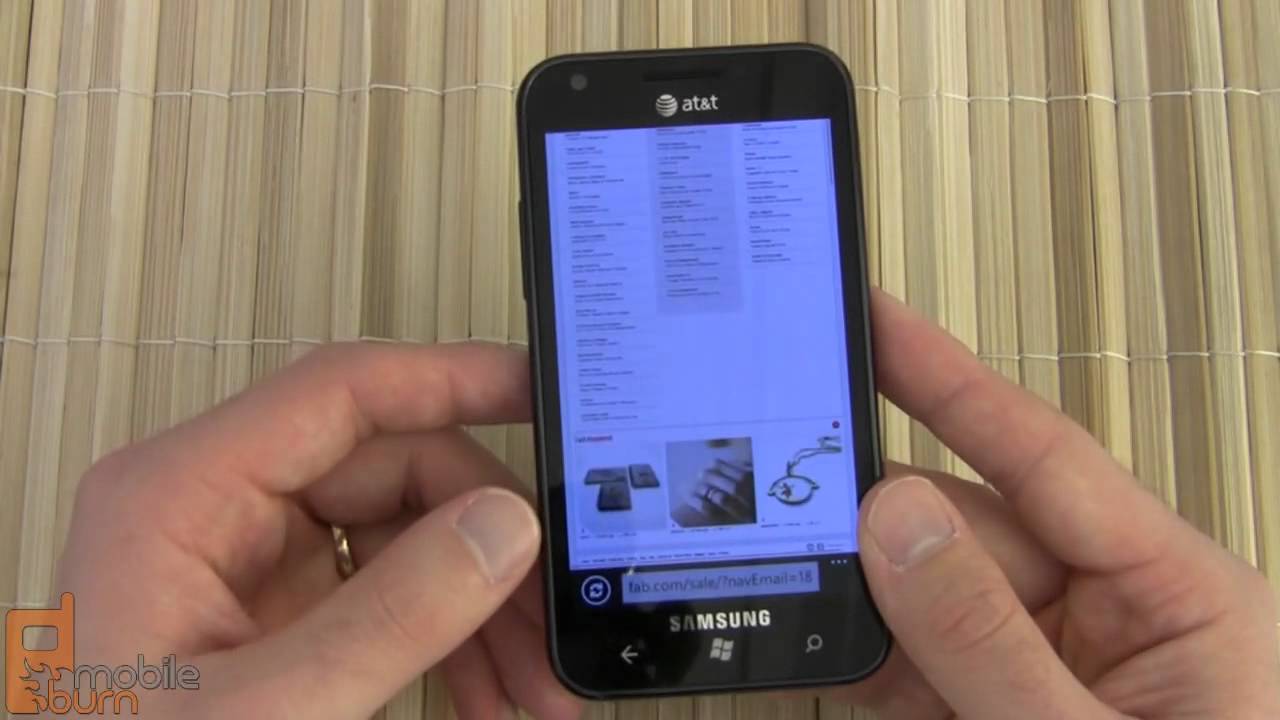 The display is the same 4.3-inch Super AMOLED Plus device with WVGA resolution (480 x 800 pixels) that is also seen on the global and AT&T versions of the Galaxy S II. The plus part of the display is an upgrade over the displays of the Focus and Focus Flash and refers to the use of a standard RGB pixel layout as opposed to the much ridiculed PenTile layout. The colors are extremely vivid, the viewing angles are infinite, and the blacks complement the Windows Phone Metro interface well. I had no problem viewing the screen outdoors in bright light, which can be an issue for AMOLED displays.

Below the display there are three capacitive buttons for back, start and search, as they are displayed on all Windows Phone smartphones. Above that are the earpiece, light sensors and a new 1.3 megapixel front camera. On the sides of the phone there is a two-stage camera button, an on / off button / an unlock button (right side) and a volume rocker (left side). All of the buttons have good movement and feedback, but I've found that they protrude a little further from the side of the phone than most smartphones, making them easy to press in the pocket (especially the camera button). The Focus S has a patterned back that provides a bit of support when holding the phone. It's not as deep as the Galaxy S II, but it's better than a smooth, shiny back. The battery compartment cover contains the same 8-megapixel autofocus camera and flash as the Galaxy S II. Due to the limitation of the single-core processor of the Focus S, however, no 1080p HD videos are recorded, but a maximum resolution of 720p.

The Samsung Focus S is powered by a 1.4 GHz single-core Qualcomm processor. The phone works quickly and Microsoft's attractive Metro interface is easy to use. The new processor doesn't make much of a difference in day-to-day use, but apps open a little faster than the 1 GHz focus, and processor-intensive games don't hold the phone back at all. Windows Phone 7.5 offers a number of performance and usability improvements over previous versions, including some form of multitasking and live tile support for third-party apps. Microsoft's vision of quick, clear information works as promised, but when apps open it still takes longer than I would prefer when they are updated with new information and ready to go.

Surprisingly, the Focus S on-screen keyboard didn't work as well in my tests as it did on other Windows Phone smartphones. Instead of keeping up with my fast-pounding thumbs, the keyboard tended to lag and then catch up as if it were always two steps behind. I feel like Samsung could fix this with a software update, but it was pretty frustrating.

The Samsung Focus S is one of the two new Windows Phone 7.5 smartphones for AT&T that will replace last year's Focus, which is based on WP7. The second model is called Focus Flash (tested here) and is a more compact Windows Phone that is also cheaper. Of both, the […]