Like the Lumia 800 that preceded it, the Lumia 900 features a stunning industrial design, great build quality, and a fantastic ClearBlack AMOLED display. When you add great network performance, solid battery life, and a quick and fluid user interface thanks to Windows Phone 7.5, you will find that Nokia may have a winner on its hands.

Unfortunately, it's not just peaches and roses on the Lumia 900, as the apparently powerful camera doesn't live up to expectations for real-world performance. Additionally, the Windows Phone marketplace still doesn't offer nearly as many apps as its iOS and Android counterparts, despite having grown tremendously in recent months. Despite its few flaws, I found the Lumia 900 to be an excellent smartphone, and I found it difficult to put it down during my trial period. Read on to see if the Lumia 900 is the hero device Windows Phone needed to be a successful smartphone platform from the start, and if it marks Nokia's return to shape in the US market.

The design of the Nokia Lumia 900 is based heavily on the previous Lumia 800 and Nokia N9, as it has a one-piece polycarbonate housing. The color of the Lumia 900, be it matte cyan or black on the models or the glossy white version, is part of the polycarbonate material that the phone is made of, so it cannot be scratched off like painted surfaces. The design of the Lumia itself is stunning as it removes any elements that might break up its smooth curves all around. In your hand, the curved sides obscure the 11.4mm thickness, and although they tip on the scales at 159g, it doesn't feel uncomfortably heavy. 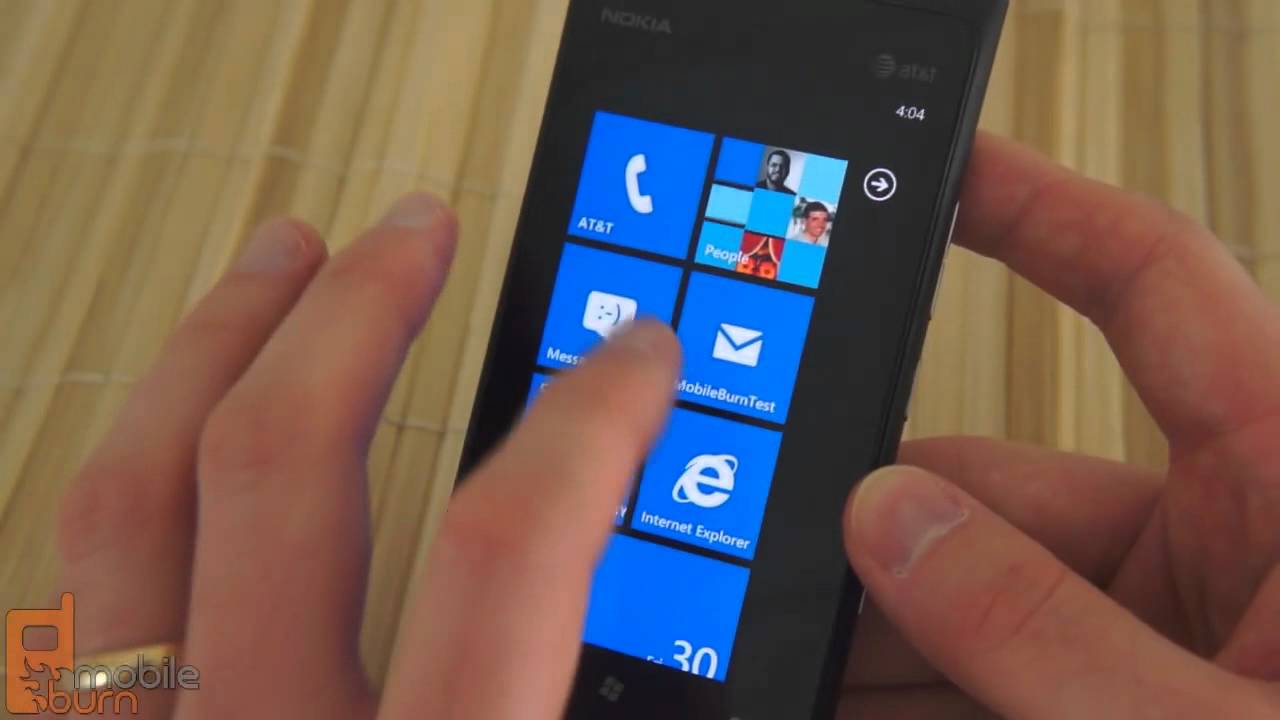 The heart of the Lumia 900 is its new 4.3-inch screen. It has a ClearBlack AMOLED display with enormous viewing angles, deep blacks and bold colors. Nokia's ClearBlack polarization technology eliminates much of the glare we see on many smartphone displays, making the Lumia 900 perfect for outdoor use in direct sunlight. In contrast to the AMOLED screens of other popular smartphones, the Lumia does not oversaturate the colors unnaturally, so that pictures and videos are displayed more precisely.

The 480 x 800 WVGA screen could certainly benefit from a denser resolution, especially when compared to the 720p and Retina screens offered by the competition. Aside from the relatively low resolution, there's little to complain about with the 900 display, though its size might make the phone difficult to use with one hand for some. On the right side of the phone are the only physical buttons on the Lumia 900. It has shiny metal buttons for volume, power / sleep / unlock and camera shutter that are very solid to the touch. At the top is the micro USB charging port, a 3.5mm headphone jack and a SIM card slot, while the bottom is for the external speaker.

On the front of the phone below the display there are capacitive buttons for the standard Windows Phone back, start and search functions. The new 1-megapixel wide-angle front camera is located above the screen.

The back of the 900 has a smooth surface. The housing for the 8 megapixel camera and the LED flash are the only elements present that break up the continuous lines of the phone. With no seams or doors (aside from the micro SIM card slot), there is no way to access the 1830 mAh battery or add 16 GB of internal storage to the phone with a microSD card.