The Lumia 710 is Nokia's first Windows Phone 7.5 smartphone in the US, although the high-end Lumia 800 has been available in other parts of the world for some time. It shares a number of features with its more expensive brother (mostly under the skin), but its inexpensive roots can be seen in crucial areas like the phone's display and build quality.

Thanks to a fast processor and the attractive and fast user interface of Windows Phone, the Lumia 710 is no problem to use. The phone benefits from solid call quality, decent battery life, and a usable camera. Read on to see if the Lumia 710 can make a splash in the crowded US smartphone market or if it's just another memorable entry-level device.

The Lumia 800 is one of the most attractive and eye-catching smartphones that have hit the market in recent years (and a first-class build quality too). Unfortunately, the Lumia 710 does not share this special feature, as it has a more pedestrian-friendly design and significantly cheaper materials.

The Lumia 710 has a 3.7-inch WVGA display (480 x 800 pixels) with the ClearBlack logo from Nokia. Unlike the Lumia 800's AMOLED display, the 710's LCD display doesn't have endless blacks and fantastic viewing angles. However, the colors are accurate and the display works well enough in direct sunlight. The traditional, flat design of the 710 display doesn't prompt the user to slide their finger across the screen like the Lumia 800's curved display does, but the touch responsiveness was accurate. 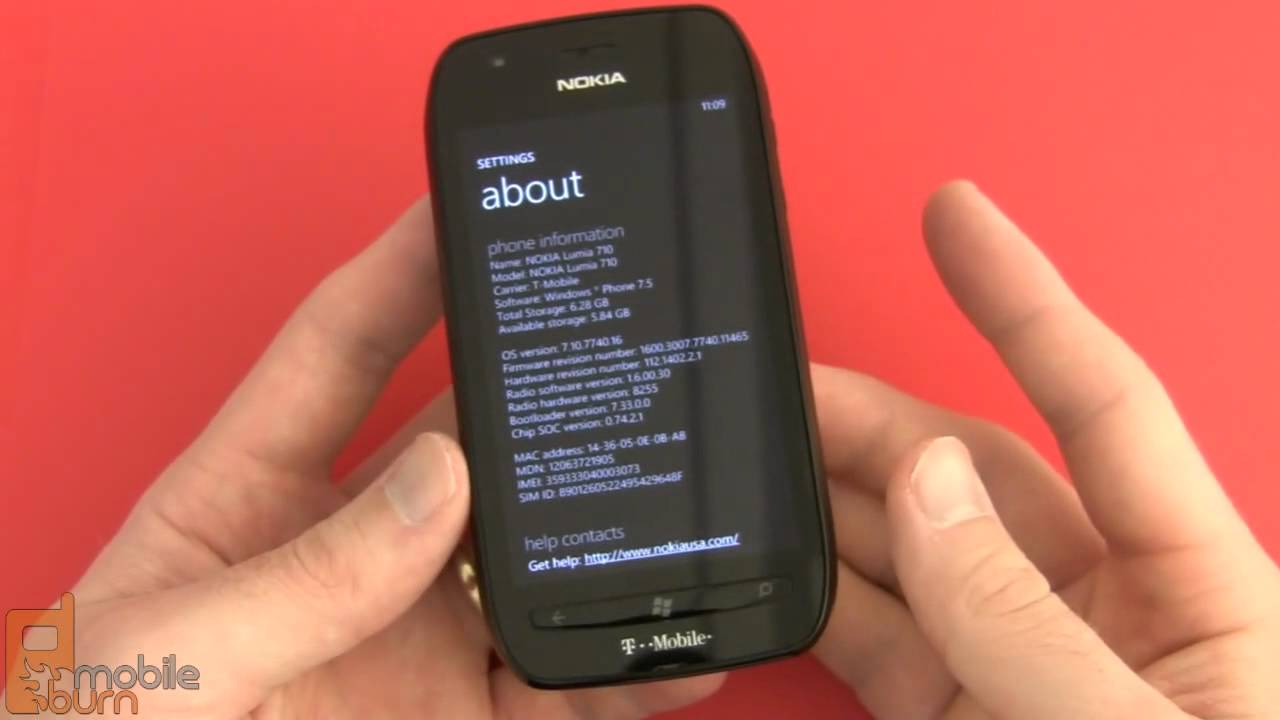 Instead of using capacitive keys for the standard "Back", "Start" and "Search" keys for Windows Phone 7.5, the Lumia 710 chooses a single plastic strip that combines all three keys in one unit. This was annoying to me as the large button wasn't as easy to activate as a capacitive button and required more attention and force than should be required. The areas of the bar for each action are backlit, but the light doesn't stay on for as long as I want.

The Lumia 710's button problems don't end with the front of the phone as the volume rocker and camera button on the right edge are very mushy and don't give much feedback. The camera button in particular is very difficult to use as it is very difficult to tell when you pressed it fully. On the top of the phone are both the micro USB charging / syncing port and the 3.5mm headphone jack. The power / sleep / unlock key is also located here. Fortunately, the power button doesn't suffer from the same problems as the hardware buttons elsewhere on the device. The back of the Lumia 710 is coated with a soft-touch rubber that provides a good grip when holding the phone. Unfortunately, it also attracts fingerprints and pocket lint far more than other materials, forcing a certain person like me to keep wiping them off. The back cover of the Lumia 710 is removable, and users can replace the battery if necessary. Nokia also offers replacement covers in different colors so that owners can customize the look of the 710. On the back of the phone is a 5 megapixel camera and LED flash, as well as a surprisingly loud and clear external speaker. T-Mobile offers the phone in a white color scheme, but my test device was solid black on black.

Like most Windows Phone 7.5 devices, the Lumia 710 doesn't support microSD cards, so you don't have the built-in memory for picture, picture, video and app storage. And in the case of the Lumia 710, this memory is rather limited. The datasheet states 8GB of internal storage, but the actual amount immediately available to the user is closer to 6GB. Owners may want to take advantage of the various streaming music services available for the Windows Phone 7.5 platform and get in the habit of regularly removing their media from the phone if they choose the Lumia 710.

The Nokia Lumia 710 is powered by the same 1.4 GHz Qualcomm processor and 512 MB RAM as the Lumia 800, as well as the Samsung Focus S, Focus Flash and the HTC Titan. As with the other devices, this combination of processor and RAM allows for a fast user experience and there are very little lags throughout the system. The Windows Phone interface is easy to get out of the way, and apps are often quick to open. Scrolling through lists is fast in all of the native apps on the phone, but as we've seen with all Windows Phones from the start, third-party apps still have trouble scrolling smoothly. While Windows Phone 7.5 has been an enjoyable experience for the most part, there are areas that still distress me. With the 7.5 Mango update, Microsoft changed the behavior of the search key to open a Bing search regardless of which app you're currently in. By default, no search function is used in the app itself, but the user is kicked out and opens a web search. I find that the button's older functionality (in-app search by default, e.g. searching within emails) was more intuitive and efficient. The live tile system is useful and innovative. However, if you don't want to pin an app to the home screen all the time, you can only access it by scrolling through all of the apps installed on the phone. Windows Phone 7.5 does offer a search function in the app list, but the ability to group apps in relevant folders would be very welcome.

Overall, the Nokia Lumia 710 offers a pleasant experience, although the hardware issues with the buttons and some of the limitations of the Windows Phone 7.5 operating system keep it from standing out.

The Lumia 710 is Nokia's first Windows Phone 7.5 smartphone in the US, although the high-end Lumia 800 has been available in other parts of the world for some time. It shares a number of features with its more expensive brother (mostly under the skin), but its inexpensive roots can […]