The Motorola Droid Bionic has a long history, although it was only released a few days ago. It was originally announced at CES in January, although it was a very different looking smartphone back then. Motorola returned to the drawing board and redesigned the Bionic to what we have today: a 4G LTE phone that could be a double for the previously released Droid X2.

I had a review unit for a short while and while I didn't have it long enough to have a thorough review, these are my first impressions of the Droid Bionic.

Contrary to what we showed off at CES, the device we have today is very well known in Verizon's smartphone lineup. With a mostly square face and the now signature hump on the back for the camera featured on the Droid X and Droid X2, the Droid Bionic is a perfect match for Motorola’s other Droid products for Verizon. 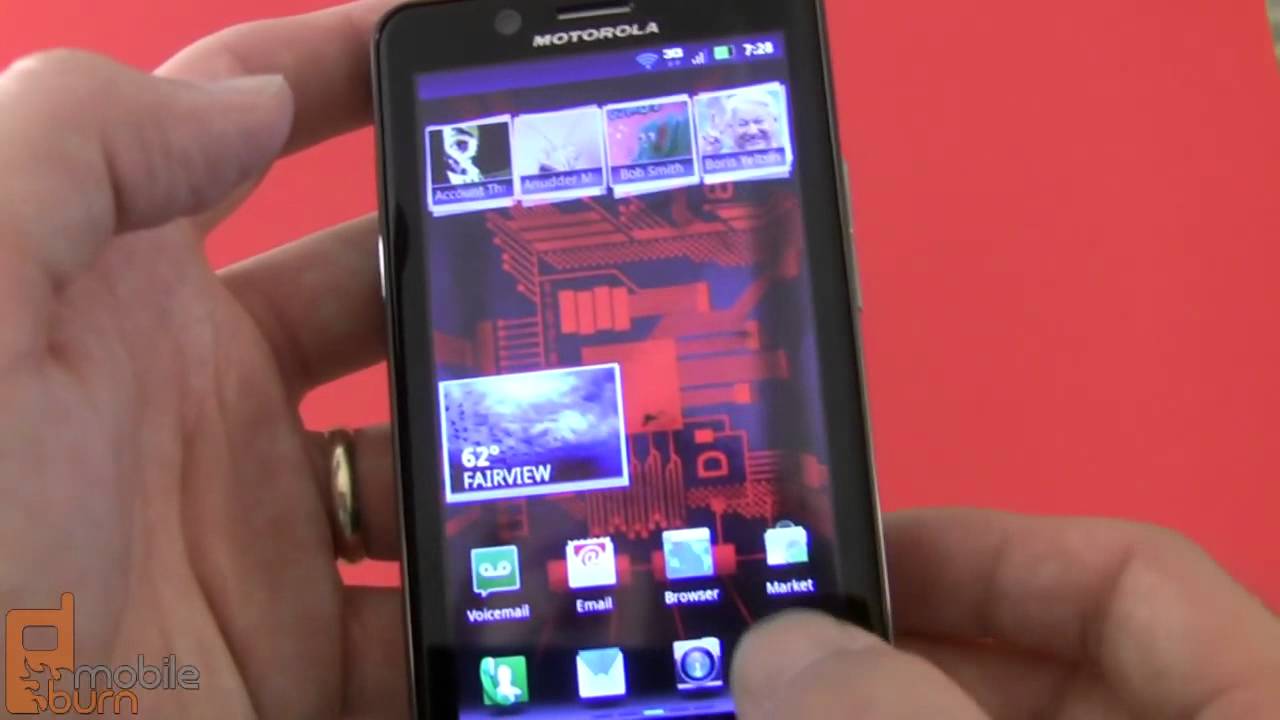 The Bionic measures 127.5 mm x 66.9 mm x 10.99 mm (5 inches x 2.63 inches x 0.43 inches) and weighs 158 g (5.6 ounces). It's certainly not a small phone, but it's deceptively light, and the beveled edges on the back allow it to sit comfortably in your hand. Motorola is quick to point out that it's just a hair less than 11mm thick and that it's the thinnest 4G LTE smartphone for Verizon to date. The phone's light weight is made possible in part by the lack of metal parts on the Bionic, which is different from the Motorola Droid phones of the past. The Bionic is well put together but doesn't feel as solid as a Droid X2, and the plastic construction doesn't seem to match a phone of its stature (or price tag). The Bionic has a 4.3-inch qHD display (540 x 960 pixels). It uses the same Pentile layout as the Motorola Droid X2, Droid 3 and Photon 4G. Screens with Pentile layouts have clearer pixels than traditional layouts, which can make the screen look less sharp up close. The Bionic doesn't have too much of a problem with this problem, though no one will mistake its screen for an iPhone 4's retina display.

On the display there is Gorilla Glass with a two-layer anti-reflective coating. The northeast has been inundated with rain for the past few days so I haven't been able to test the display in direct sunlight yet, but in cloudy, rainy skies and indoors, the Bionic's display showed no problems. In terms of performance, the Droid Bionic is no problem thanks to its dual-core OMAP processor with 1 GHz and 1 GB of RAM. The Bionic is the first 4G LTE smartphone to be launched on the market with Android 2.3.4 Gingerbread. It also runs the Motorola custom user interface. The user interface is very similar to that on the Droid 3, although Motorola has updated and tweaked it to get better performance on the Bionic. Motorola's new user interface offers many 3D effects and effects when panning through home screens, swiping through the app bar and moving widgets.

These effects are just for show and actually have no practical purpose, but they didn't seem to be slowing the phone at all – at least not so far. We'll have to see how well the Bionic handles its sometimes excessive animations when loaded with a bunch of apps and widgets.

The Droid Bionic has no fewer than three microphones, two of which are used for noise cancellation during phone calls. Although I didn't have time to extensively test calls with the Bionic, the few calls I made were clear and sounded good. The external speakerphone is sufficiently loud and resists being broken into, even at maximum volume. With the three microphones you can also control how the video is recorded with the Bionic sound.

The Bionic's claim to fame is, of course, its 4G LTE radio, and in the limited time I was able to test it, it has performed admirably. In New York City, I was able to get speeds of up to 26 Mbps down and 8 Mbps up. On average, the speeds were around 17 Mbit / s lower and 4 Mbit / s higher. 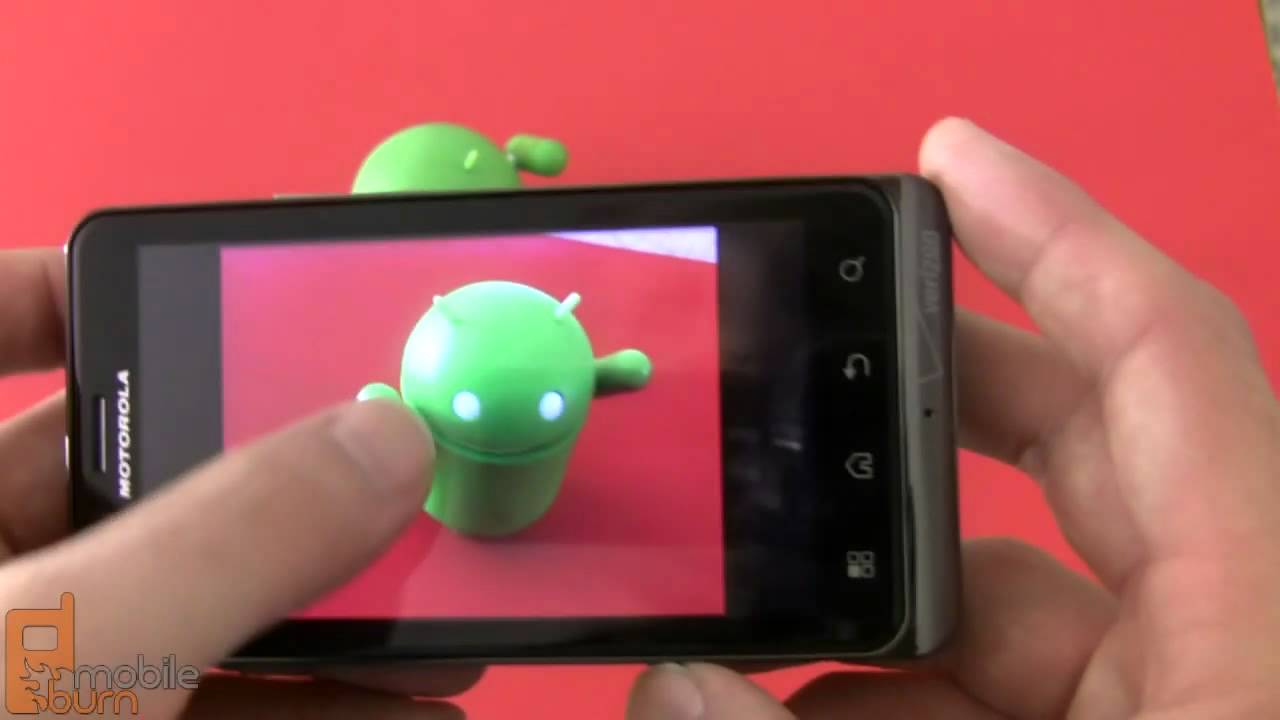 The upload speeds were similar to what we've seen on other 4G LTE smartphones for Verizon in the past, but the download speeds were significantly faster on the Bionic. I will continue to test the Bionic's network performance, including how Verizon's slower 3G network works, when I review it in depth.

Motorola has equipped the Droid Bionic with the largest battery ever on an LTE phone. It has a capacity of 1735 mAh and according to Motorola, users can expect nearly 11 hours of talk time or standby time of more than 8 days. These are quite high demands, and our previous experience with LTE smartphones suggests that the battery will be empty after about 6 hours of use. Motorola reports that the Bionic has been tuned for battery life and that users shouldn't have any problem spending a full day with it. I will certainly put these claims to the test.

For cameras, the Droid Bionic has an 8 megapixel unit on the back with auto focus and LED flash. It can also record HD video at 1080p (1920 x 1080 pixels). The camera has continuous auto focus, which works surprisingly well for both still images and videos. You can also zoom in while recording video. Motorola's Photon 4G had a pretty disappointing 8 megapixel camera, so I hope Motorola did a better job with the Bionic. There is a VGA camera on the front of the phone that can be used for video calling in the Google Talk app. A 16 GB microSD card is included with the Bionic. The phone also has 16 GB of internal storage, around 4 GB of which is partitioned for app storage. In addition to the usual Verizon V CAST apps we always see on Big Red smartphones, Motorola has added a number of apps that appeal to the corporate user. With the supplied Citrix app, users can also view their desktop PC from home or office. With GoToMeeting, they can join webcasts right from their phone. ZumoCast allows a user to access files stored on their computer, including media files and iTunes playlists, from their phone. The media files can be downloaded or streamed to the phone. The QuickOffice app allows users to view and edit various Office documents. Unfortunately, none of these apps can be uninstalled by the user, but the 4GB of app storage available on the phone provides enough space to install additional apps.

The Motorola Droid Bionic is compatible with a number of Motorola accessories that use the Webtop operating system that emulates a desktop computer. Webtop has been updated for Bionic and now has the Firefox 4 browser. Verizon has three tiers of Webtop accessories, including the $ 29.99 standard adapter for connecting the phone to an HDTV, the $ 99.99 HD dock for mouse and keyboard control, and the $ 299 expensive lapdock that converts the Bionic into a laptop Save $ 100 on the price of the lapdock when you choose one of Verizon's more expensive data plans. Despite the upgrades to the Webtop software and the powerful hardware of the Bionic, I ran into the same problems as the other Webtop-enabled phones, namely problems with sluggish performance and storage galore. Motorola says that you can get a "desktop-like" browsing experience through the webtop interface, but in reality it's very slow – to the point that it's uselessly frustrating. The whole idea is a unique concept, especially the lapdock part, but in practice it is an expensive and inadequate alternative to a netbook. Motorola is offering the Droid Bionic for $ 299.99 on a new two-year contract. Customers who choose to purchase the Lapdock with the Bionic and sign up for a data plan of $ 50 per month or higher will receive an additional $ 100 discount on the Lapdock. Stay tuned for our in-depth review of the Droid Bionic.

Dan Seifert is an editor at MobileBurn.com. MobileBurn focuses on cell phones, smartphones, tablets and related hardware. Republished with permission.

The Motorola Droid Bionic has a long history, although it was only released a few days ago. It was originally announced at CES in January, although it was a very different looking smartphone back then. Motorola returned to the drawing board and redesigned the Bionic to what we have today: […]