The LG Optimus 4X HD is a big phone, like most of the other flagship smartphones coming out this year. The Optimus 4X HD from LG measures 133.0 x 68.2 mm x 9.5 mm primarily due to its very beautiful 4.7-inch IPS touchscreen display with an HD resolution of 720p and is therefore a little shorter and narrower than HTC's One X, but also half a hair thicker. Weighing in at 133g, the phone doesn't feel like a brick in your purse or pocket.

The Optimus 4X HD has few external controls. The power button and volume control are on the top and left, respectively, and the three capacitive buttons for back, home and menu are below the display – hidden until activated. Personally, I would have preferred the new standard layout for Android 4.0 buttons, but this gingerbread-style configuration will surely make upgrade users feel right at home.

The textured back cover of the phone shows an NFC antenna on the bottom. When the cover is removed, you can also see the microSD memory card slot (empty) and a full-size SIM slot above the battery. The phone has 16 GB of memory built into it, and the phone's Nvidia Tegra 3 quad-core processor of the same name runs at a speed of 1.5 GHz and is supported by a full gigabyte of RAM.

While the hardware of the Optimus 4X HD is fully functional, I think the design is suitable for yawning. The white surfaces and the chrome trim of the phone remind me more of a kitchen appliance than a technically heavy, modern smartphone. This is a shame because, as you are about to learn, the phone is otherwise very powerful and fun.

With the Optimus 4X HD, LG has done a lot to differentiate itself from standard Android while improving a few things at the same time. For example, the notification area offers a number of user-configurable shortcuts. The Optimus 4X HD's lock screen also has shortcuts and various clock themes. LG's home screen system is very useful, making it easy to customize home screen panels with shortcuts, widgets, and wallpapers, although the company was smart enough to keep the larger widget list available in the main app bar. 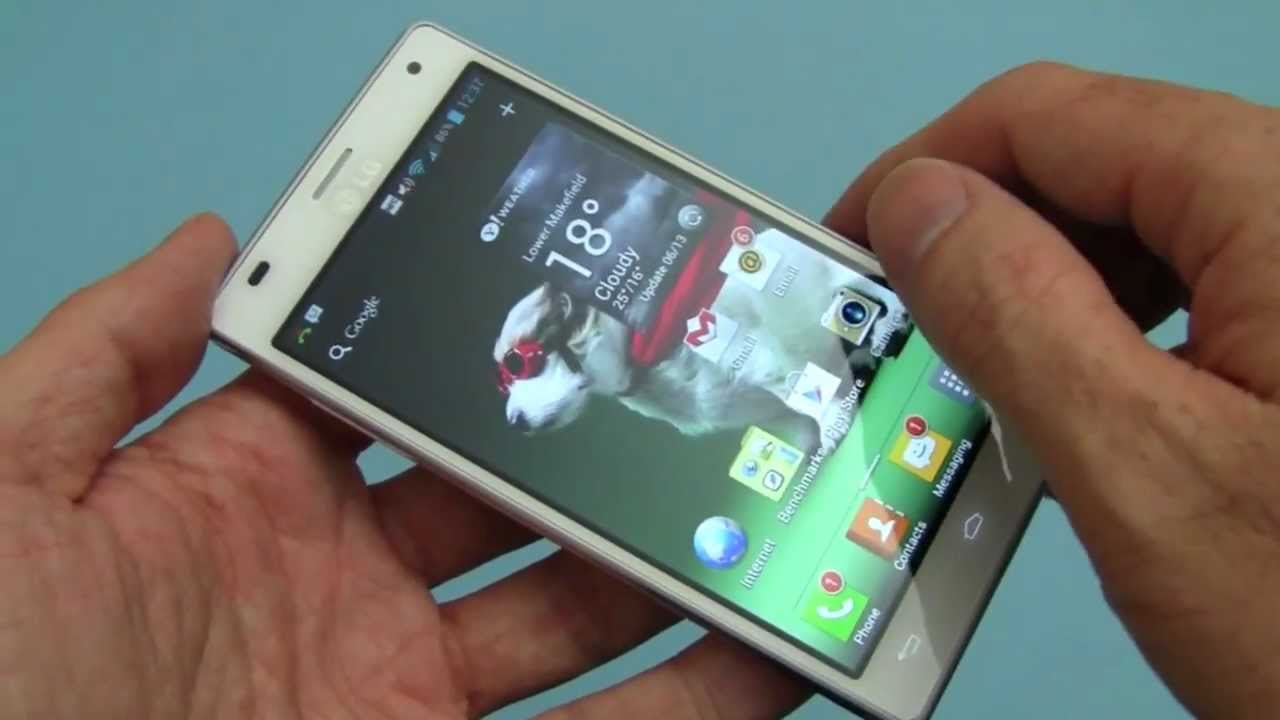 However, the app system tray is one of the problems with the Optimus 4X HD. It provides separate tabs for all apps and downloaded apps, and allows users to rearrange things however they want, but it doesn't offer the ability to just sort things alphabetically. Instead, it offers a "reset" function that returns all pre-installed apps to their alphabetical state and then attacks the apps downloaded by the user to the end – again starting with alphabetical "a". It's largely useless. As such, you start with "Alarm / Clock" up to "YouTube" with the preinstalled apps, but right next to YouTube in my case is "B&N Nook" as the first app downloaded in alphabetical order.

LG has a good selection of widgets for the Optimus 4X HD, and I especially like the changeable folders. LG's virtual keyboard is great for text entry tasks, but I found that the company's efforts on the contacts application, which doesn't properly integrate social media status updates, fell short. Other functions such as LG's energy-saving mode and quiet mode, the four themes of the start screen and the entire gesture suite of the Optimus 4X HD round off the device well.

Aside from that pretty big lack of the app bar, most of LG's UI is good. The phone is very fluid and there is a lot of free RAM for user apps. The only bug I found had to do with the quiet mode which usually allowed the user to set a period of time during which the phone would automatically turn off notifications, ringtones, and other sounds (aside from alarms). It appears that during activation, any user-initiated toggles to silent, vibrating, or normal ringing mode are randomly undone – as if the app wasn't properly tracking the user's intended changes. It works fine at night, however, and I expect LG will fix this bug in a future update.

While the international version of the LG Optimus 4X HD I tested wasn't intended for the US market, I found that it worked reasonably well on AT & T's HSPA network. The reception was solid and the data rates were reasonable, if not amazing. More importantly, the overall call audio on the Optimus 4X HD was very strong, which is what a phone needs – smart or not.

In addition to the typical Bluetooth, Wi-Fi and USB connectivity that the Optimus 4X HD offers, NFC is also supported. LG even includes a pair of re-programmable NFC tags that can be used with the Optimus 4X HD, for example to switch between work and vehicle configurations with a simple tap of a finger. Check out the video below for a solid demo of how it all works. 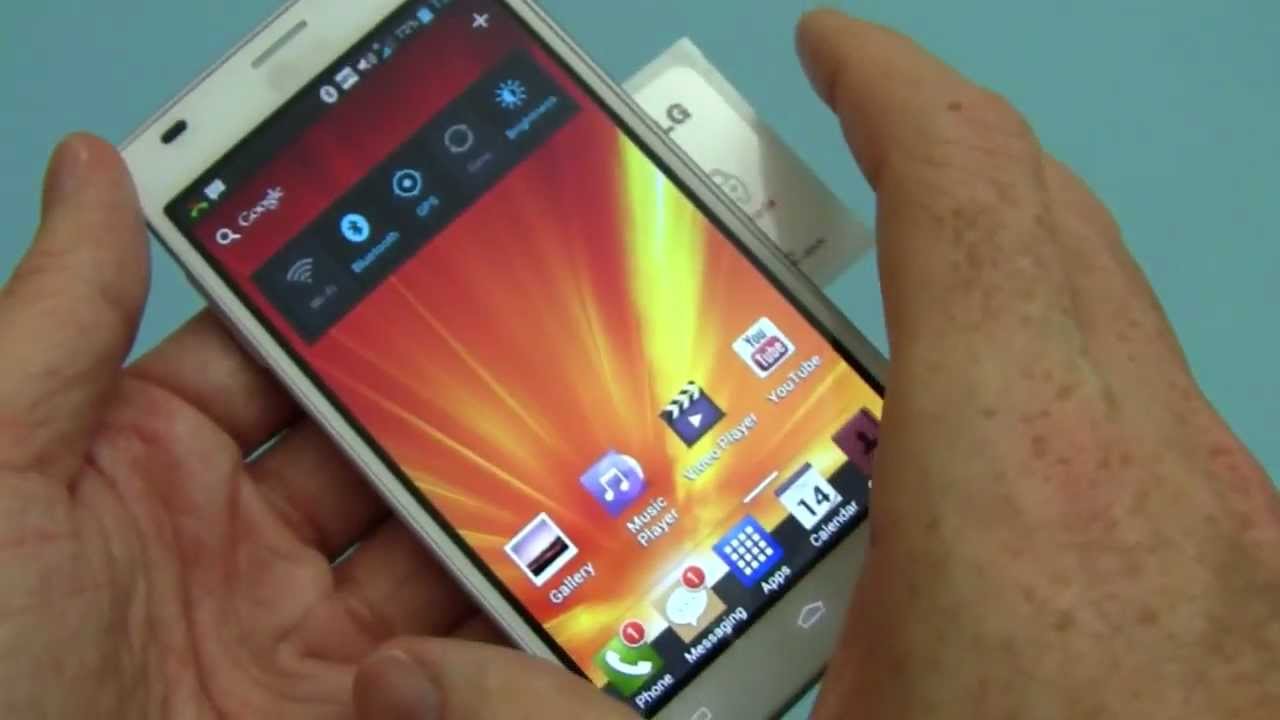 LG's Optimus 4X HD includes a nice Thread SMS / MMS application for text and picture messaging. It doesn't offer any control over font sizes, which I find surprising, but otherwise it works fine. The email app is pretty solid too, and even supports a split screen view when the Optimus 4X HD is held in landscape mode.

Google Talk is pre-installed for instant messaging fans, and LG's own limited Twitter and Facebook support is also available. However, IM users and social junkies are likely to want additional apps from the Google Play Store to better serve their vices.

LG presented the Optimus 4X HD for the first time at the Mobile World Congress in February. It took a long time, but the Optimus 4X HD is now available in much of the world – even if it's only available outside of a plan (unlocked) here in the US. […]