The TouchPad is the first HP tablet to run the webOS operating system that it acquired when it purchased Palm in June 2010. Many users and lovers of the mix of beauty and functionality of webOS have been waiting with bated breath to see how it works on a tablet.

While webOS has been praised by almost everyone who has touched it on a phone, it has struggled to capture a large portion of the smartphone market share thanks to poor hardware and limited app choices.

Has HP managed to implement the best of webOS on the TouchPad while avoiding the pitfalls that plagued the platform in the past? Is the TouchPad a compelling option compared to the market leader Apple iPad 2 or the less impressive Android 3.1 honeycomb tablets that are currently available?

When you first see the HP TouchPad, everything looks very familiar – almost scary. Seen from the front, with the screen turned off, you will be transported almost back to January 2010 when the original Apple iPad was revealed. Like the iPad, the TouchPad has a 9.7-inch IPS display with 1024 x 768 pixels in the front and in the middle. The screen itself is just as good as that of the iPad, it has good color rendering and viewing angles. It has a thick, nondescript bezel that surrounds the screen. Inside is a home button and an embedded 1.3 megapixel camera. The home button is eerily reminiscent of the iPad's home button, but it's elongated and has a built-in glowing notification light. If you move to the side, the TouchPad finally looks different than the iPad. The rounded edges hide a bit, but do not completely eliminate the 13.7 mm thick profile of the TouchPad. Compared to the original iPad, the TouchPad is a bit thicker, although the additional size is hardly noticeable. If you sit next to the iPad 2 (8.8 mm thick) or the equally slim Samsung Galaxy Tab 10.1 (8.49 mm thick), it is downright slim.

On the edge of the tablet there is a power / sleep / unlock button, a volume rocker, a microphone, a 3.5 mm headphone jack, a micro-USB charging / synchronization port and stereo beats "Beats". The speakers deliver stereo sound when the TouchPad is held in landscape mode with the Home button on the right. There's also a dummy SIM card slot that will be used for future 3G / 4G models, although it's not available in our Wi-Fi-only test unit. 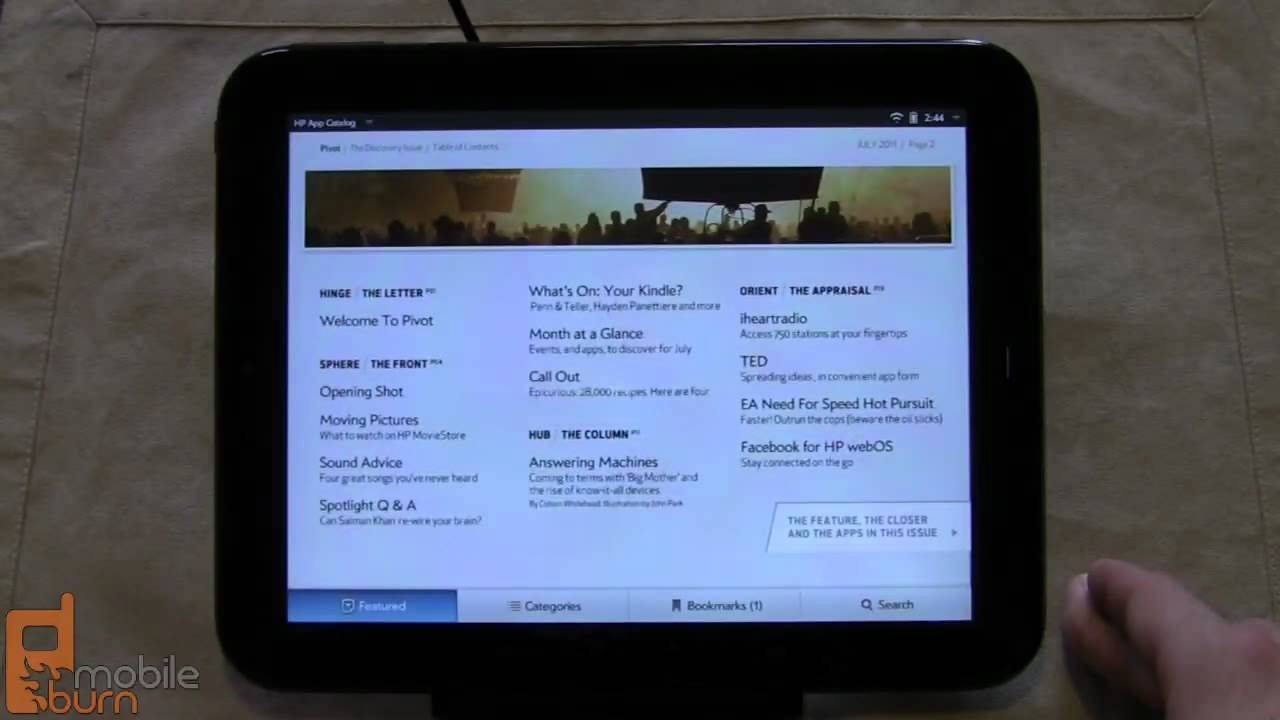 On the back is a huge sea of ​​shiny plastic that is very similar to the back of the iPhone 3GS. It's rounded and shiny and prone to fingerprints. If you pay special attention to the cleanliness of your devices, the TouchPad is a nightmare for you. The plastic also gives the TouchPad a somewhat cheap feel. It certainly doesn't have the feeling of quality that the iPad 2 or the Galaxy Tab 10.1 have.

The TouchPad is the first HP tablet to run the webOS operating system that it acquired when it purchased Palm in June 2010. Many users and lovers of the mix of beauty and functionality of webOS have been waiting with bated breath to see how it works on a tablet. […]