I've never seen Halo like this before. Halo 4 is emotional, something I've never felt like this about the franchise. Sure, invested fans will protest and say the lore is intriguing and the war battles are moving, but I can safely say that I've never sat through a Halo campaign on the edge of my seat like I did in the first title of 343 Industries did.

People, especially gamers, seem to be afraid of change. That's understandable when it comes to the Halo franchise.

Halo is a legacy. When Bungie introduced the sci-fi first person shooter franchise over a decade ago, it wowed fans with a perfect formula of alien creatures and versatile weapons. People became obsessed with the game's multiplayer modes, playing iterations that were years old even after new titles were released in the series. Halo sold xboxes. It's a household name and for good reason.

So change seems scary. As if it could ruin the integrity of something that has formed such an impressive community. Hardcore Halo fans can rest assured that 343 has stayed true to the core of Halo, and I urge them to keep an open mind when faced with its new skin. Because this skin is beautiful. It's cinematic and has beautiful music. Editing scenes look absolutely phenomenal, with the performance capture done so well that I sometimes mistake the rendered characters for real live actors. As expected, the soundtrack by Neil Davidge of Massive Attack is wonderful, and the realistic sound effects are a delightful surprise. The crunch and squeak of the Master Chief's armor as he moves and the dangerous hum of damaged vehicles are small details that go a long way.

343's takeover of the franchise humanized what so far was mostly a really fun, well-made series of games.

WHY: Halo 4 is an emotional, beautiful look at the Master Chief's battles in war.

What i played: About 8 hours to complete the campaign on Normal (with a couple of hours of Heroic Coop), 2 hours with the Spartan Ops missions, and 6 hours of experimentation between all multiplayer modes.

Master Chief is an icon in both our world and the Halo world. He is a super soldier and the people of the future expect security and certainty from him. When he walks through these doors there is a sense of lightness that floods the other soldiers. Everything will be fine now.

Halo 4's single player campaign feels like two stories. It's a story about war and the introduction of a new breed of enemy: the Prometheans. It is a story about a fanatical covenant sect who, ignoring the peace treaty signed in previous games, is fighting people again. It is a story with a religious subtext and a dense tradition. But it is also a story about Master Chief, a person who can barely connect with humanity because he is so focused on fulfilling his obligations that he has no other reaction to a tragedy than devotion, her to exterminate. And it's a story about Cortana that's been recorded by Master Chief for years. Your relationship is strong. It could be the last bit of a sense of normality Master Chief left behind. This half of the story lends itself to the emotional side of Halo 4. And it's a fascinating and beautiful experience.

The other side of Halo 4's story – that dense lore – is hard to get to. New concepts and names are thrown at you so quickly in a row that they are difficult to follow. I imagine this will be especially difficult for newcomers who may have a vague understanding of the science fiction universe they are entering, only to be bombarded by such inaccessible lore.

This is unfortunate because I really want to love the Promethean backstory. So I can't help but feel like Halo 4 is doing a disservice to players new to the franchise by shaking off so many new concepts without giving the right time or context to digest it all . I suspect even game veterans might find it difficult to analyze the information as quickly as the game is shoving it down your throat. The reappearance of the covenant as a threat, for example, has been confusing. Certain parts of the story aren't well explained, and it's easy to get lost in new characters and abstract concepts that the game explains quickly and then just as quickly to give up.

Fortunately, browsing the Spartan Ops solo or collaborative missions, released weekly along with cinematic episodes, reveals more detailed information that will hopefully help explain the thick plot of the campaign. Unfortunately, I found the Spartan Ops missions pretty boring. I've played five missions, each better than the last one, but they didn't interest me other than being another way to gain experience and therefore access new weapons, skills and perks. Cant tell how much you can learn about the behind-the-scenes stories as the first week's content was severely restricted and dry. I admire that 343 will be releasing new episodes every week, but so far, killing waves of enemies with memorable storylines have mostly been tedious tasks.

But what about the basic structure of the game itself? Is this formula still respected by grunts, elites and jackals? Are all of your favorite weapons included?

Halo 4 still feels like a Halo game. It's full of banshee and battle rifles. It has impressive set pieces. Some of the multiplayer maps are even recreated or at least inspired by classic Halo maps. Halo 4 is proof that 343 is clearly what fans love about the Halo franchise. But as I said, players are afraid of change. Adding ordnance to multiplayer – basically a bonus for players who do well during a game – may not be desirable to you. I think it works. You couldn't. This is fair. Of course, you can customize multiplayer rounds to your liking and even mess around with weapon options. There are also a variety of modes to enjoy. I especially liked the Flood mode, which has some players acting as Flood and most as human Spartans. If you kill the Spartans they will become infected and fight until there is only one man left. With first-person shooters, it's not uncommon for the community to make it their business to invent their own game modes, list rules, and rely on the players' code of honor to execute to effectively create their own unwritten mode. This Flood mode is a multiplayer game that emerged from such a community mode from Halo 2. So it's nice to see 343 give this community a nod. The other multiplayer modes range from the classic Team Slayer, in which the red team competes against the blue team, to the oddball, in which the goal is to hold the ball for the longest time. In each mode, I had to swear and giggle at the same time. Admittedly, my experience was perhaps the most optimal as I was in a room with about nine others, where we all playfully called each other in the competitive environment.

But 343 has also added exciting new single player game options. Like adding mechs. While their placement is a rarity in the single player campaign, jumping into an armored suit to launch missiles and stomp enemies with your metal feet is very exciting. In fact, there wasn't much emphasis on vehicles in general, although the Pelican plane can be played around with. I have fond memories of flying around space battles in Halo: Reach, and while flight missions re-appear in the latest title, they don't feel as stressed (or as cool as this space battle). They're more like a quick break between the main events. Prometheans as a new enemy class are more annoying than I expected. They are cowards. They'll flee as soon as you shoot them. I expect the AI ​​to respond to my threat and duck under cover if necessary. But I didn't expect to play hide and seek with them. Some of these species are more aggressive than others and pucker up in front of your face with their tough armor shells protecting them. But others – especially the types of service that the other Prometheans can heal – shoot out of your line of sight and remain hidden. Though the fight against them got stale very quickly, picking up their weapons wasn't like that. The design of the Promethean guns is impressive and even does a neat trick of taking the gun apart and then putting it back together for reloading. From shotguns to snipers to rifles and pistols, every weapon feels great in my hands. I always prefer alien weapons in Halo games, but these new glowing orange / red weapons even surpass the federal inventory. 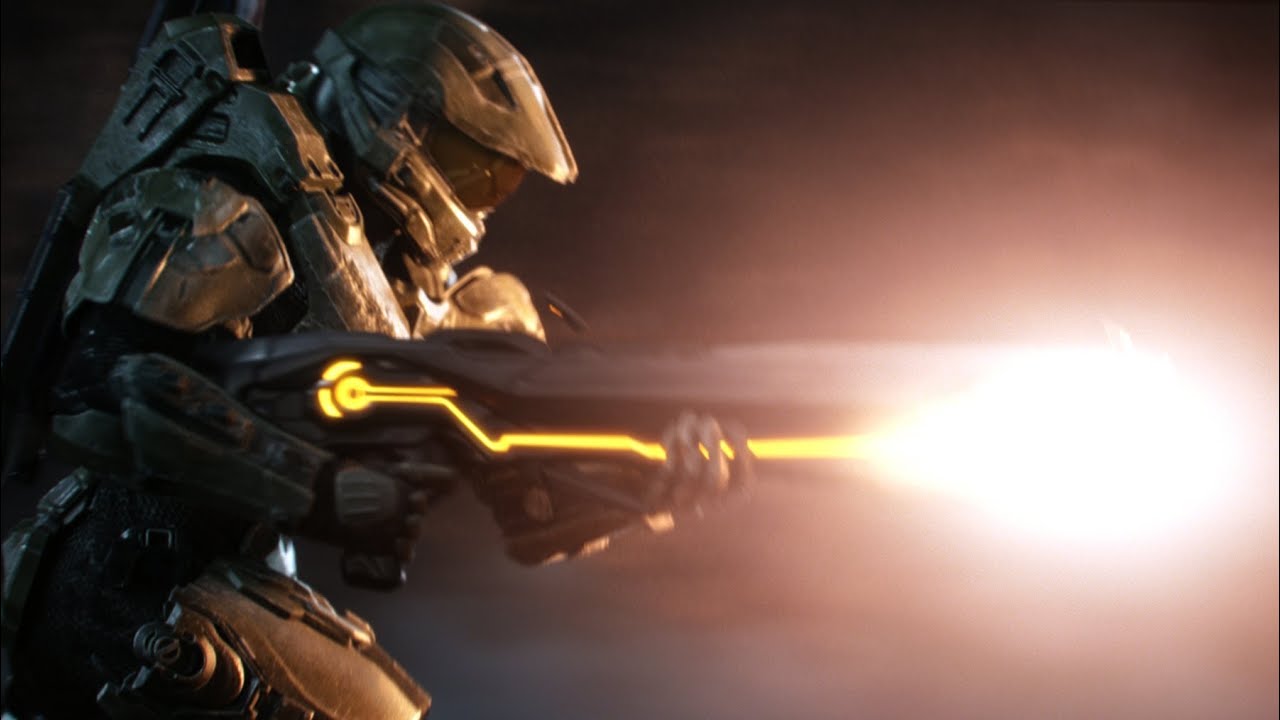 There are a couple of plot or gameplay related issues in Halo 4. But my experience with Halo 4 has been an enjoyable one. The campaign kept me interested as I watched Cortana and Master Chief's emotions unfold. Missions were fun. The multiplayer mode is diverse and just as fast and unique as a first-person shooter multiplayer experience like I'm used to from the series. As fearful as you may be about Bungie passing the torch on to a new development team to run a franchise built on years of quality, I urge you to be open to Halo 4 because you can just enjoy it so much like me.

The pre-release multiplayer mode isn't the best indicator of how a game is played online once a community has formed around it. I will update my review within the week of the game's release with updated multiplayer impressions based on playing against the general public.

Republished with permission. Tina Amini is an editor at Kotaku.

I've never seen Halo like this before. Halo 4 is emotional, something I've never felt like this about the franchise. Sure, invested fans will protest and say the lore is intriguing and the war battles are moving, but I can safely say that I've never sat through a Halo campaign […]