Right before the start of StarCraft II: Heart of the Swarm, when the noble pirate Jim Raynor and the psychic Soldier-evil-zerg-queen-transformed-confused-human Sarah Kerrigan escape a group of invading marines, Kerrigan picks up a weapon.

This is StarCraft II: Heart of the Swarm.

The first thing you should know about Heart of the Swarm – or at least Heart of the Swarm's single player campaign – is that you can't take it too seriously. Feel free to giggle at some of the deliciously cheesy banter and definitely fall in love with the cast of characters who are great but don't waste mental strength if you think seriously about the story. You see, when you start taking the Heart of the Swarm campaign seriously, you ask questions like "Why did Raynor suddenly fall in love with Kerrigan when they barely knew each other before she turned into a zerg?" and "Didn't Raynor vow to destroy Kerrigan for killing millions of people?" and "Psi-Disruptor? Why is there ALWAYS a Psi-Disruptor?"

The lack of answers will just drive you crazy. Like a popcorn strip or an episode of 24, the story of StarCraft II: Heart of the Swarm is fun and enjoyable as long as you don't think too much. Which one is ok! Just don't expect much.

Heart of the Swarm, an expansion to Wings of Liberty 2010 (and part two of the StarCraft II trilogy), starts where the first game left off. Thanks to Raynor, Kerrigan is no longer the most terrifying creature in the galaxy. The queen of blades is now the queen of fleshy limbs. And she was captured in a Terran prison, trapped while people try to figure out what to do with her. As is common in prisons, there is an attack and a large explosion, and eventually Kerrigan escapes to a distant planet. She receives some disturbing news about her pal Jim Raynor and decides it is time to take revenge on the vicious Arcturus Mengsk, who has been a great and menacing villain in the StarCraft universe since the 1998 Breed War.

WHY: Because it's more StarCraft.

What I Played: Completed the single player campaign in 11 hours. Played around with multiplayer a bit during beta and today.

Remember, Raynor and Kerrigan were sworn enemies in the Brood War. Now they are star crossed lovers. We are expected to just carry on like this, despite the fact that they were barely friends prior to Kerrigan's transformation and Raynor once vowed to kill them and …

Okay. Kerrigan and Raynor are separated by many nasty obstacles, like Mengsk's Terran forces, villainous Protoss armies, and even rival zerg swarms that must be forced before accepting Kerrigan as their leader again – and yes, Kerrigan has decided to become leader the zerg again. Kerrigan's psyche is less stable than SimCity.

To reunite with her long-lost lover, Kerrigan must build her new crush over the course of 21 missions (and 6 additional "evolutionary missions," which are more like glorified tutorials that didn't have to be missions). Some of these missions are pure StarCraft missions: you build an army and use it to attack your base or defend it against another army. Others are more creative: you can defend a tram's engines from enemy ships, fly a battle cruiser through space, and even boss fights – yes, boss fights! – lead in the ancient Zerg homeworld of Zerus.

The only constant in almost all of these missions is Kerrigan. While Mr. Raynor in Wings of Liberty preferred to stay on his battleship and bark orders from above, Kerrigan spends most of his time in the vanguard and uses their ridiculously powerful skills to lead your army. As the game progresses, Kerrigan will level up and evolve, and you will be able to choose skills to use on the battlefield.

The good thing about Combat Kerrigan is that she has a lot of control. She can blow up Marines with her mind, heal allies and eventually summon a massive zerg whale that pierces everything in sight with its tentacles. And in a game where you toss thousands of zerg soldiers around like they were disposable toys, having at least one returning hero to take care of is reassuring.

The bad thing about Combat Kerrigan is that it makes the game way too easy. She can kill just about anything, and keeps reappearing when she dies. So losing them is never a problem. I played the game on Hard – the second hardest level – and mastered most of the missions like a zealot through zerglings, largely thanks to Kerrigan and her special skills.

Compounding this whole "heart of the crush is far too easy" problem is the fact that each and every mission gives you very specific instructions on what to do and where to do it. If you don't build and recruit, follow the arrows and do what the game tells you to. Bring this drone here. Jump on that enemy there. There are optional side quests, yes, but they're almost always marked on your minimap and way too easy to find and complete.

But it's still StarCraft. The now familiar ritual of training and killing is still a joy to go through, and even the simplest of missions are designed with the attention to detail we have come to expect from this series. Every single mission is kind of interesting. And even the simpler moments train your mind like only a real-time strategy game can. As Raynor points out, it's like riding a bike. 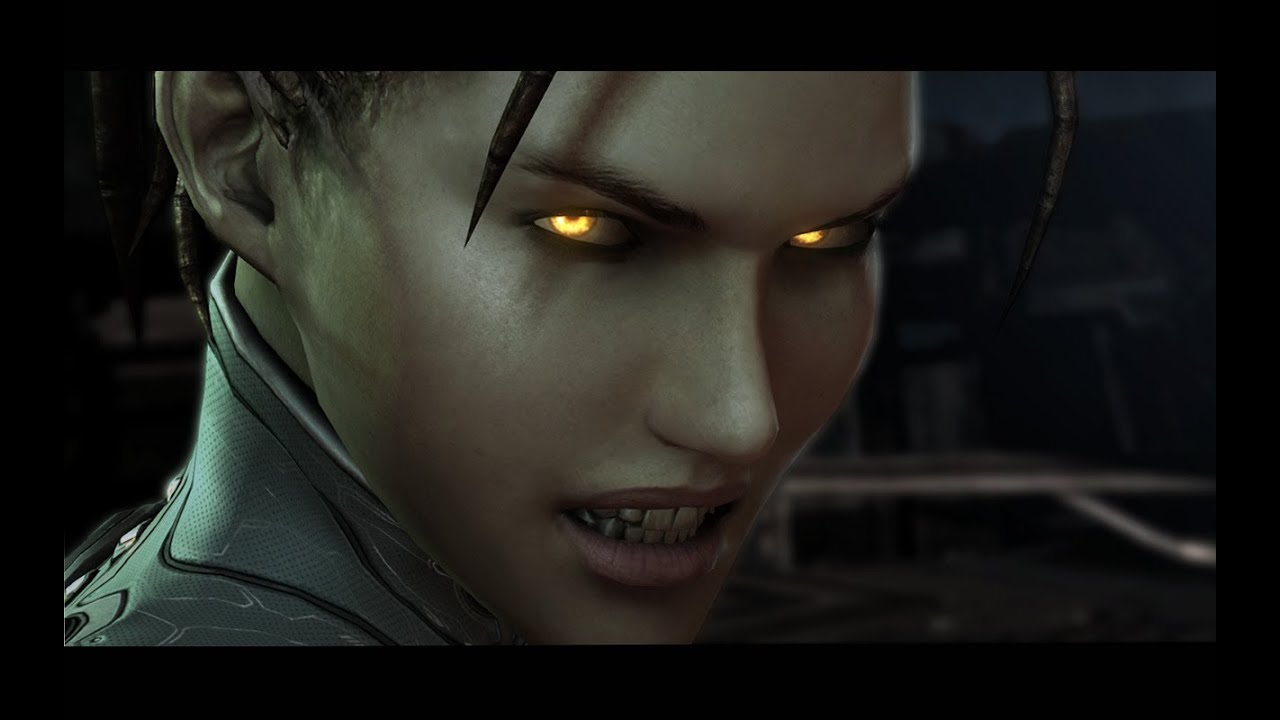 The Heart of the Swarm campaign, which took me about 11 hours to complete, is pretty good, and I can see myself replaying it in the near future. There are some surprises, and most of the dialogue is so goofy and adorable that it's kind of brilliant. Here's an example from the inevitable Raynor-Kerrigan exchange where they talk about how fighting feels like the old days:

Raynor: My hair has turned gray.

Kerrigan: And my hair is more zerg.

But the campaign is just sauce. The real appeal of Heart of the Swarm is that it enhances the StarCraft recipe. More missions, more lots, more units, more buildings, more balancing and optimization of the formula that Blizzard has followed for many years. Harvest. To build. Recruit. Kill. To repeat. The game – not the interactive story, but the rules and conditions that form the basis of StarCraft II: Heart of the Swarm – has become a classic, an ever-repeatable esports that can seriously be compared to chess or even soccer without making people giggle. (Good luck with that in 1998.) I've played thousands of games in StarCraft and StarCraft II over the past decade and a half, and I don't think I'll ever get sick. Some people prefer to play against the computer. Other people enjoy hopping online and delving into custom maps. (SCII comes with a map editor, and tons of friendly modders have hacked all sorts of crazy scenarios that you can play online for free.) But you really didn't play StarCraft until you played it against others. Forget Raynor and Kerrigan: it's other people who make StarCraft II great. Two people who start at eye level and fight to see who is better – not who is luckier or who has spent most of their time grinding for gold, but who is better. Who better to master the rules and figure out how to outsmart their opponents in a game as challenging as any sport?

Heart of the Swarm brings more units, more buildings, and some serious improvements – Siege Tanks no longer need research for Siege Mode! – that will change the multiplayer game for years to come. And in another 15 years we will probably all still play it.

Coronary heart of the Swarm Assessment

Right before the start of StarCraft II: Heart of the Swarm, when the noble pirate Jim Raynor and the psychic Soldier-evil-zerg-queen-transformed-confused-human Sarah Kerrigan escape a group of invading marines, Kerrigan picks up a weapon. "It's been a long time," she says. "Like riding a bike," says Raynor. Kerrigan goes over. […]