The BlackBerry PlayBook is RIM's entry into the emerging tablet market, which is currently dominated by Apple. The iPad and the various Android tablets that are just coming onto the market face tough competition. Does RIM have what it takes to compete at this level of consumer tablets? Is the BlackBerry PlayBook something the average customer should part with their hard earned cash for?

In short, no. The PlayBook has a lot of things, solid hardware, a fast processor and two cameras. But hardware is only half the story. And the story of the PlayBook is as much about what RIM left out as what it put in. The PlayBook isn't quite ready for prime time just yet and could definitely benefit from getting back in the oven a bit longer, especially on the software side. In view of the fact that subsequent updates to the operating system and the integrated apps could improve the PlayBook, you should keep in mind that this test is only up to date as of launch date: April 2011. Read on to find out what the PlayBook does right, and why we think it's sorely lacking in other areas. 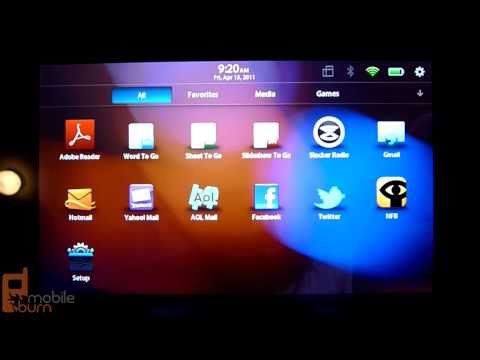 The hardware on the PlayBook is really nice. The 7-inch size, no matter what Steve Jobs says, is very easy to hold in the hand and use on the go. Unlike the iPad, where you almost have to put it down to tap on it, the PlayBook lets you tap with two thumbs very easily. The tablet weighs just under a pound at 425g, which is enough to have a solid feel without being too heavy to be easily carried around. Not to mention the fact that the 7-inch size fits a lot more jacket pockets than a 10-inch slate.

The screen itself is very nice to look at. The resolution of 1024 x 600 pixels ensures razor-sharp images and colors that really fall off the screen. The viewing angles are phenomenal and the outdoor viewing was actually usable, if not great. The screen is made of capacitive multi-touch glass and we found it to be very sensitive to the touch. The bezel around the screen is quite large, but part of that is that it includes a gesture area that is used to initiate functions in the operating system like multitasking and settings. Two speakers frame the front left and right and emit the loudest sound we've ever heard from a mobile device. They offer a rich, full sound. On top of the PlayBook there is a light sensor and the 3-megapixel front camera within the front panel. 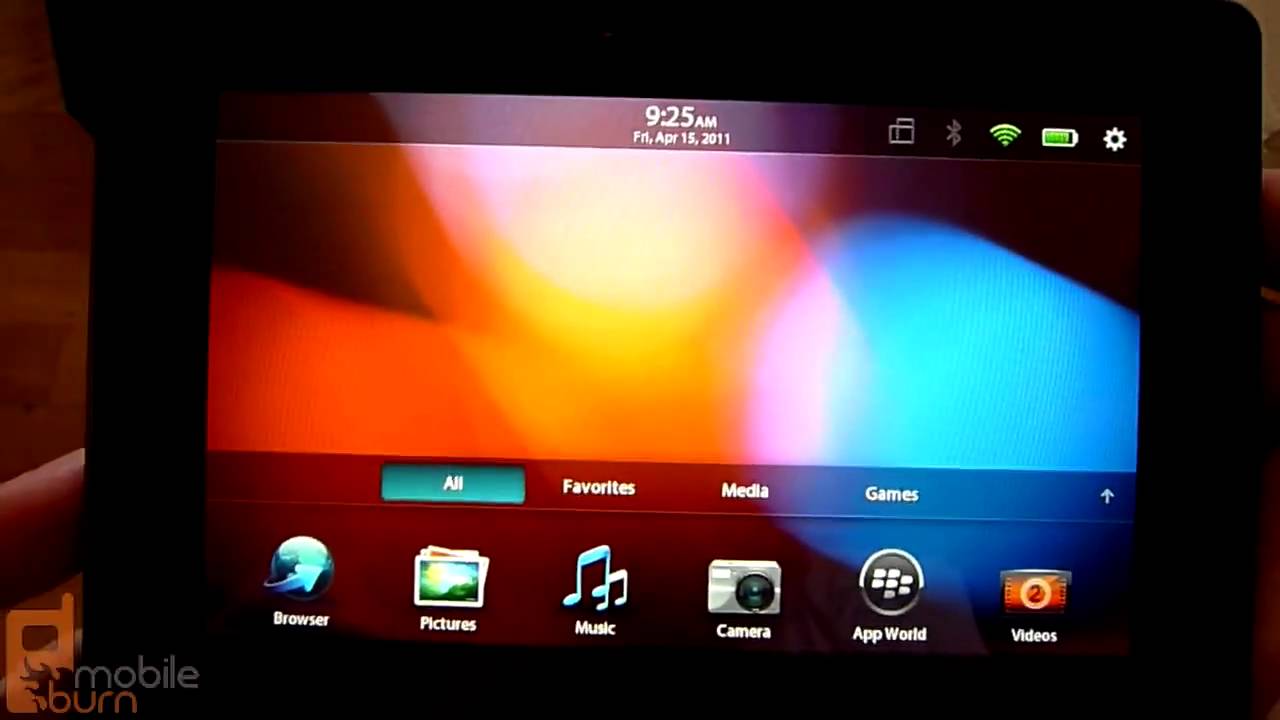 The sides of the PlayBook are coated with a soft-touch rubber that feels high-quality and offers some support. The PlayBook is slim and 10mm thick, which we think is certainly thin enough. Above the device is a power switch, volume control and a play / pause button for media. There is also a 3.5mm headphone jack. The power button is very small and difficult to press. Fortunately, the tablet can be activated by swiping from side to side without using the button. There are three connectors on the bottom of the tablet: micro-HDMI, micro-USB and a three-pin docking connector for accessories.

The back of the PlayBook is pretty sparse, apart from the dead center of the chrome-plated BlackBerry logo and the 5-megapixel camera centered on top. The position of the camera works fine. We never found our fingers blocking the lens while we were taking a picture. The entire back is coated with the same soft-touch rubber that is found on the sides of the PlayBook. It offers a good grip without showing fingerprints or minor scratches. The overall design of the PlayBook is a delight in minimalism, and the square edges are very different from the tapered sides we see on the iPad and other tablets. RIM offers the option of connecting a BlackBerry smartphone to the PlayBook via its Bridge app. In this way, you can access the e-mail and messaging data on the phone (as well as contact, calendar and task data) and manage them from the tablet. The apps are only displayed when the phone is paired, in range and connected and all information disappears from the PlayBook immediately when the devices are disconnected.

RIM positions this as a security feature for corporate customers as they don't have to recertify every tablet for their networks. While being able to access a phone's email system on the tablet is a nice feature, it's no excuse for not having a real email client on the tablet, especially when it comes to email and messaging are so important to the BlackBerry brand. The CEO of RIM has promised that an update is coming that will provide a real email app, but no schedule has been given as to when exactly. To be honest, it's something so essential that should be bundled together at launch, otherwise the PlayBook will appear like a half-baked competitor as a standalone tablet.

The BlackBerry PlayBook is RIM's entry into the emerging tablet market, which is currently dominated by Apple. The iPad and the various Android tablets that are just coming onto the market face tough competition. Does RIM have what it takes to compete at this level of consumer tablets? Is the […]